On June 30, SSE Riga hosted the 4th national forum on smuggling-related problems, “Fight Against Smuggling: Challenges and Progress”, organised by the association BASE (“Business Against Shadow Economy”) in cooperation with SSE Riga and the research centre SKDS. 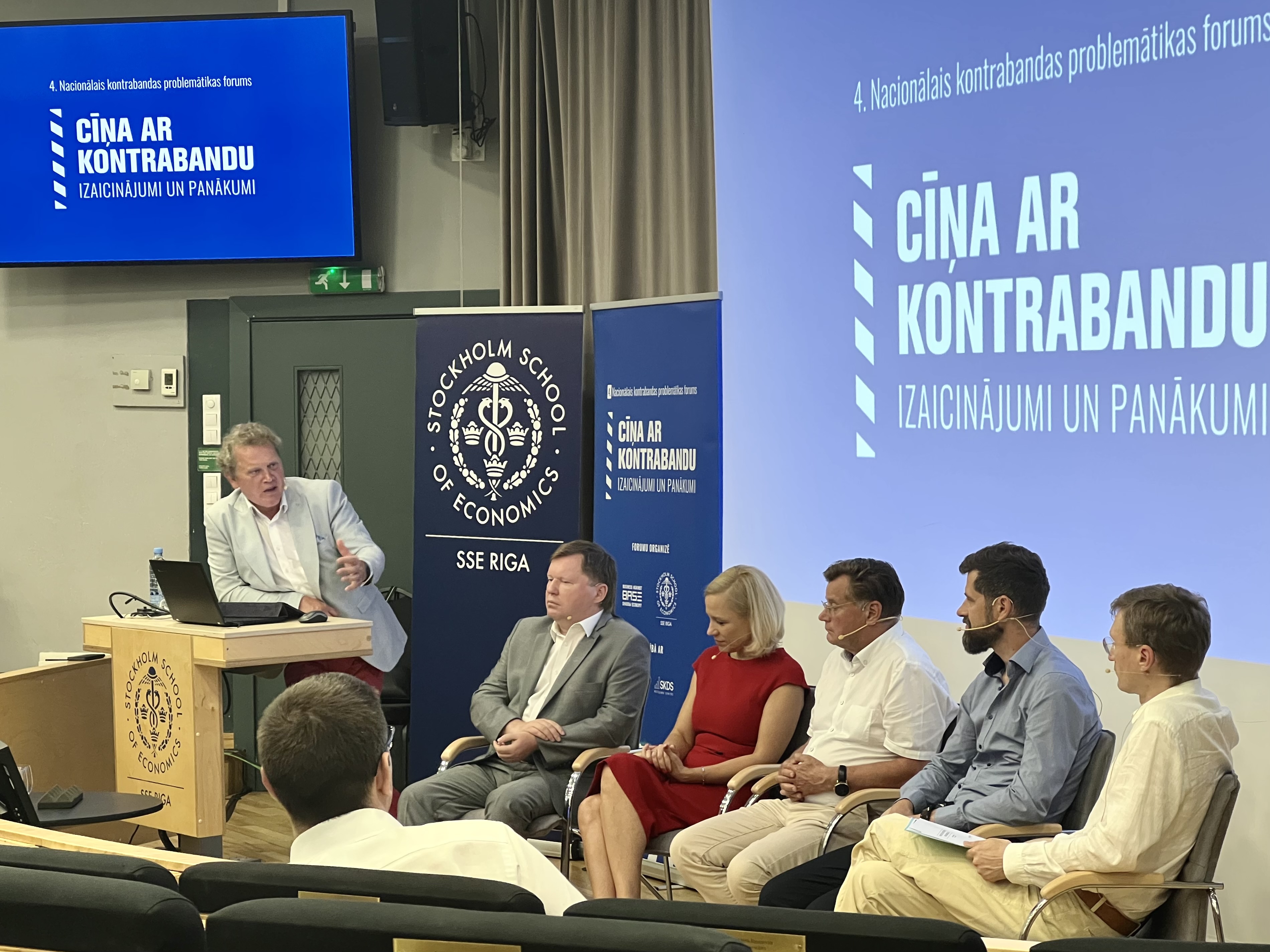 During the forum, research data were presented, which reveal the opinion of the general public on the smuggling problem in the country, as well as the attitude towards the purchase of smuggled goods, knowledge about places to buy smuggled goods, as well as possible penalties and actions to reduce smuggling.

Professor and Director of the Centre for Sustainable Business at SSE Riga Arnis Sauka was among the speakers and panelists.

The forum was live-streamed and the recording is available below: