On 23 September, SSE Riga hosted the 2nd national forum on smuggling-related problems, “Fight Against Smuggling: Challenges and Progress”, organised by SSE Riga and the association BASE (“Business Against Shadow Economy”) in cooperation with the State Revenue Service and SKDS.

“In order to remove incentives for cross-border shopping, it would be advisable to coordinate and harmonise excise duty rates between the Baltic States, as well as avoid radically increasing excise duty rates,” stressed Arnis Sauka, professor at SSE Riga and board member of the association BASE (“Business Against Shadow Economy”), who presented the study “Excise Duty Policy in the Baltic States: Alcoholic Beverages, Soft Drinks and Tobacco Products” that has been worked out by a group of authors - Anna Pļuta, Prof. Mihails Hazans, Irēna Emīlia Švilpe, Dr. Anna Zasova un Prof. Arnis Sauka.

Sauka explained that the experience of European Union (EU) countries shows that raising the excise duty and the subsequent price increase incentivises consumers to engage in cross-border trade, purchase the product on the illicit market, or switch to cheaper substitutes.

“If raising the tax is not accompanied by anti-smuggling measures, the impact on consumption caused by the introduction of the tax might have neutral or even negative effects on the state budget, while the actual consumption of the excisable goods would not decrease as a result,” Sauka explains.

Senior SRS employees provided information on the work done by law enforcement authorities in the fight against the movement of smuggled goods and discussed the challenges and actions necessary for successfully combating smuggling in the future.

The most recent SKDS study on the attitude and tolerance towards smuggling of the residents of Latvia was also presented at the forum. The study data show that there is still a relatively high level of tolerance regarding the purchase of smuggled goods: more than a quarter (28%) of the population are of the opinion that purchasing smuggled goods is not a condemnable action, a slight increase in comparison to 2019, when 26% of the population shared this sentiment.

Arnis Sauka, researcher of shadow economy, professor at SSE Riga, board member of the association BASE; Māris Jurušs, associate professor and tax expert; Arnis Kaktiņš, executive director of the research centre SKDS; representatives of the Ministry of Finance, the State Police, and excisable goods industry associations; and other participants took part in the event. 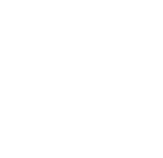