Students at SSE Riga have unlimited energy; the majority are involved in various student activities. We have over 10 student organisations and if we don't have what you're after, you can always set up your own!

SSE Riga is the perfect place to try out as many activities as possible. We encourage you to become the best you can be by participating in student organisations.

The Student Association (SA) consists of seven committees which are governed by the President and the Vice-President. There is also an accountant who keeps track of the financial side of the activities, as well as associate members of the SA who help to run the organisation in every possible way. The committees are the following: Business, Education, Public Relations, Information, Events, Sports, and IT. Each committee of the Student Association has its own duties, and performance of each is discussed at the board meetings. There are also monthly meetings with the administration, and from time to time a General Meeting takes place, at which SA members report about their progress to all interested students. The SA also prepares an “Annual Report”; it overviews the activities that took place in the School over the past year and what it concretely accomplished.

The SA elections take place in November-December and usually are quite a fierce competition. The application process for joining the Board includes two steps. First, candidates send motivation letters which are then published in a special issue of the ‘Insider’. This is followed by campaigning. Second, they give presentations to fellow students in the George Soros Auditorium, where they are subjected to controversial and merciless questions.  A slightly different procedure concerns the candidates for the positions of President and Vice-President: After the presentation session, they meet for a debate between presidential teams (President and Vice must run together). Finally, voting takes place in mid-December and the results are announced during the Christmas party in a very friendly atmosphere.

The new SA officially takes over duties in January, and then the real work begins: Budgeting, organising parties, arranging sports tournaments, organising seminars, cooperating with companies and other universities, representing SSE Riga students outside the School in various events, and much much more!

The organisation’s name - “the Insider” – completely sums up it’s range of activities. It is the school’s magazine with 6 issues being published every academic year. The content of the magazine is quite diverse, so everyone will be able to find something of interest in it. Study tips, interviews, successstories, fun articles and news from other organizations are all posted there. Perhaps most importantly, there is the Gossip page, which is sacred to every student. The organisation is ruled by people who have the honour and responsibility of providing SSE Riga students with important information, fearlessly expressed opinions, hottest topics, gossips, and much more. However, as the magazine is prepared by students, everyone is invited to share their ideas for interesting content, bring fresh thoughts and criticism, or write a review of a trip or experience. Moreover, the editorial team changes every year, so don’t miss the opportunity to put your Journalism skills to the test and apply for the Editor’s position!

The Investment Fund is one of the oldest organisations at SSE Riga. Its aim is to prepare young financial specialists who are fluent in financial markets and trading. Knowledge and experience is shared throughout the organisation via various seminars, which are held by professionals who work in investment banking, retail banking, audit, or financial advisory. These seminars are not only about theory. During the seminars people share their experience in the industry and describe the process of working in the financial sphere from the inside. Members of the organisation also receive newsletters with recent news, and also write a weekly analysis of stock markets during the Investment Game. iFund is the place where you can start your successful future from day one!

The Leif Muten Society (LMS) was established in 1998 in honour of the 80th anniversary of a former Rector of SSE Riga – Leif Muten. The organisation motivates students to study harder and achieve greater results by providing financial support, such as covering the expenses for participation in international seminars, forums or conferences. Moreover, LMS provides scholarships for top performing students in some courses during the year, and also covers expenses occurred while writing Bachelor Theses. The Board of LMS is elected in spring, and all Year 1, 2 or 3 students can take a chance and participate.

Days of Opportunities (DoO) is the oldest and most prestigious organisation in SSE Riga. DoO has been organising the annual career fair since the School was founded. The event is organised by a team of Year 2 students with the help of Junior Coordinators elected from the new Year1s at the beginning of the school year. Every year, international companies and government institutions from all over the Baltics, as well as recognized universities offering Master’s Programs, gather to give presentations to the most hard-working and intelligent students of the region. The ultimate goal for the company representatives is to find the most suitable and skilled candidates for their vacant employment and internship positions. Students, in turn, regard DoO as the best way to start their careers, to talk to the employers in a comfortable atmosphere, and to find an interesting internship place. Students also have the opportunity to receive feedback on their CVs from professionals who make a living from recruiting people. Moreover, throughout the day, presentations take place at which managers present their companies and participate in question-and-answer sessions afterwards. The whole event is concluded by a formal banquet and an after-party at which both students and employers participate. 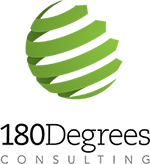 180 Degrees Consulting is the world’s largest student-driven consultancy with 81 branches scattered around the world. It unites students and alumni from 33 different countries such as the USA, Germany, Australia, Japan and so much more, providing its members with valuable networking opportunities. 180 DC offers consulting services to organisations driven by a social mission. By working on projects in marketing, strategy, fundraising, organisation management, etc., our consultants not only get a hands-on experience, but also tackle such problems as homelessness, unemployment, poverty, gender inequality, lack of healthcare and education. During the year, to attain the necessary competency, students master McKinsey case solving methodology and receive professional training by management consultants who work for the world’s leading consulting firms. An experience unlikely to be found in classroom settings!

At Je Joue (“I play” in French) we strive towards personal development, beauty, and creativity in our lives. It’s a place where all students can come together and express their talents, dreams, and ideas through the medium of art and culture. We believe that life is too short to follow the herd mentality and take the safe path, which is why we encourage students to use their minds, question the status quo and embrace their own uniqueness. After all, if you won’t chase your dreams, someone else will hire you to build theirs. Don’t be a sheep- join Je Joue.

As the leading university debate society in the Baltic States, the Debate Club is a community of people interested in controversial issues and current affairs. Debate topics range from, e.g., the discussion of ethical issues such as abortion to Iran’s nuclear program. Even though the schedule lists meetings as happening 2 times per week, Debate Society members meet more often with all their discussions, beer evenings and tournaments. They participate in various competitions across Europe, often getting to the finals – including the ESL Final of the World Championships. They also run the annual international SSE Riga Debate Tournament. Other traditions include debate drinking once per week, and crazy sauna and forest parties. There is the saying that those who have never experienced the feeling of time stopping should try to give a five-minute speech! The Debate Society will change these 5 minutes into the best time of your life. If you want to improve your English and widen your scope of knowledge, you’re welcome to join us! 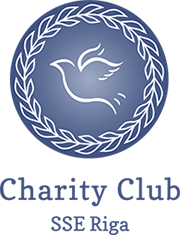 The principal goal of the Charity Club is to increase awareness of the responsibilities we bear to one another. Every single, little deed is important and can change our path later in life! The Charity Club has a long-term friendship with orphanage “Zīļuks” in Madona’s district. They also go to trips to animal shelters, organise different donations and collaborate with Māras center. There are different ways you can help, but all members still work together as a big team! A friendly atmosphere is guaranteed.

The choir tradition is deeply rooted in the culture of the three Baltic countries, and with choir members representing all three Baltic countries the SSE Riga Choir is in a unique position for carrying this tradition forward. The SSE Riga Choir unites current and former students who are passionate about singing. As a multi-cultural choir, the repertoire surpasses genre, period and national limitations. The concert programmes vary in form and theme, and include Medieval, Renaissance, sacred, jazz, and popular music - and also world ethnic music from India, the Australian aborigines, and the Native Americans. This allows both singers and listeners to expand their knowledge and understanding of the endless variations in music over time and experience its beauty. The choir performs at the majority of the School's events, and as a tradition holds a concert before Homecoming each year. The SSE Riga Choir participates in Latvian Song Festivals, Baltic Student Song Festivals, and many other local un internatinal events and competitions.

1st place in both the Cambridge and Oxford IV tournaments

300+ writers have contributed to the student magazine The Insider

450+ students have sung in the SSE Riga Choir

The great aim of education is not knowledge, but action. It’s about meeting people, networking, and asking them questions to create yourself!

My SSE Riga experience has never been only about the studies. Although they undoubtedly are essential, the SSE Riga community is what brings magic to it. The people you meet here will inspire you, support you, and help your personality grow.