Is it possible to improve environment as well as your health by running? It seems so. Plogging is the combination of jogging with picking up litter. In this episode, the founder of "Plogging" Erik Ahlström explains how an organized activity in Sweden became a movement that is making a positive difference globally.

Since 2016 the movement has grown organically around the world. The global reach has led to over 40 countries being represented in the official online "Plogga" group and major events have been organized in nearly all of them. PLOGGA also became one of 38 official new Swedish words of 2017. If you are interested to learn more or join Plogga movement, visit their website: https://plogga.se

We spoke to Nicholas Johnston, editor in chief at a rapidly rising media company AXIOS, about its bold new approach to news presentation and the likely media business models of the future.

Nicholas Johnston is the editor in chief of Axios, a new media company that through Smart Brevity, gets you smarter faster on the topics that matter most in business, tech, media and politics. He leads the entire Axios newsroom and regularly speaks about politics, policy and business on MSNBC, CNBC and Fox News. Before helping to launch Axios in 2017, Nick was a managing editor at Bloomberg where he oversaw newsletters and breaking news coverage in Washington. Previously as a reporter for Bloomberg he covered the White House, Capitol Hill and the 2008 presidential campaign. Nick began his journalism career at the Washington Post and is a graduate of Georgetown University.

John Horne is one of the leading authorities on the history of World War I. Professor Horne talks about the twists and turns of the war and parallels of Irish and Baltic history.

John Horne is an historian, emeritus Fellow and former Professor of Modern European History at Trinity College Dublin and Member of the Royal Irish Academy. He is a board member of the Research Centre at the Historial de la Grande Guerre, Péronne (France). In 2016-17 he was Leverhulme Visiting Professor at Oxford University. He is the author and editor of a number of books and over a hundred chapters and articles, many relating to the Great War.

SSE Riga's head of the economics department Morten Hansen talks about his way of combining economics and teaching, and how even a little bit of economic knowledge can help us understand the world around us.

Morten Hansen is head of the Economics Department at SSE Riga, contributor to the Economist Intelligence Unit and director of MHansen Consulting. Morten joined SSE Riga in 1997 and became head of the Economics Department in 2005. He is actively engaged in economic and governance issues in Latvia and has been a member of the Fiscal Discipline Council of Latvia since its inception in 2014. On 17 December 2019, the Latvian Fiscal Discipline Council elected Morten Hansen as Deputy Chair of the Council.

Researcher, applied microeconometrican Agne Suziedelyte. How much do we know about people and decision making? How people behave? How they make decisions? Agne Suziedelyte has been studying these questions for years. She has done research, including on the effect of the internet on health and an exploration of the assumed link between video games and violence in young people. Sometimes the results turn out to be unexpected.

Agne Suziedelyte is an applied microeconometrician and work on various topics in the economics of health and human capital. She is particularly interested in the effects of ICT and media on health and human capital development. Her other research interests include intended and unintended consequences of public policies, wellbeing effects of economic shocks and natural disasters, and reporting of health in surveys. She received PhD in Economics from the University of New South Wales in 2012. Currently, she is Senior Lecturer (equivalent to Associate Professor) in the Department of Economics at City, University of London.

Nils Muižnieks, ex Commissioner for Human Rights at the Council of Europe. Nils' dedication to human rights protection started at the beginning of the 1990s, when he was faced with dealing with post-Soviet bureaucracy. Here, he explains why human rights matter and how to make countries to pay proper attention to them.

Nils Muižnieks has been working in the field of human rights for the past two decades and has acquired extensive knowledge in the field of international human rights monitoring, training and education. He held a prominent post of Commissioner for Human Rights Council of Europe (2012-2018), his posts included director of the Advanced Social and Political Research Institute at the Faculty of Social Sciences in Riga (2005-2012); Chairman of the European Commission against Racism and Intolerance (2010-2012); Latvian minister responsible for social integration, anti-discrimination, minority rights, and civil society development (2002-2004); and Director of the Latvian Centre for Human Rights and Ethnic Studies - now Latvian Human Rights Centre (1994-2002).

CEO of Swedbank Latvia and graduate of SSE Riga Reinis Rubenis talks about the Baltic - Scandinavian banking sector and the challenges we are facing ahead.

Reinis Rubenis started his career in 1998 in management consulting company Gemini Consulting (now CGEY – Cap Gemini Ernst & Young). After several years he joined AS Lohmus Haavel & Viiseman (later LHV) team in Latvia, in order to focus on M&A and capital rising services. Since 2007 Reinis Rubenis worked for Swedbank Markets, primarily responsible for Corporate Finance services in Latvia. Since October 2011 he also retains administrative responsibility over Swedbank Markets in Latvia. From 2014 to 2016 Reinis was Head of Swedbank Corporate Customer Division and since September 2016 he is CEO of Swedbank Latvia.

Rihards Garančs is a lecturer at SSE Riga. His area of expertise includes database development, data visualization, data and financial reporting automation, efficiency improvement. Rihards runs a consulting company that develops Business Intelligence solutions. His focus is to help companies advance in business analytics using the latest digital tools. Rihards has worked for the clients in the Food & Beverage, Telecommunications & Digital, Media and Manufacturing industry. He complements his knowledge by attaining a double degree MBA in HEC Paris and National University of Singapore and Data Science certification in Paris.

Film-maker Gints Zilbalodis talks about making movies and the production of his award-winning animated film "Away".

Gints Zilbalodis(1994) is a Latvian filmmaker and animator who made his debut feature film Away entirely by himself. His fascination for filmmaking began at an early age watching classic films and making shorts and commercials. He has made 7 short films in various mediums including hand-drawn animation, 3D animation and live-action and often mixing their characteristic aesthetics. Currently, he’s making a new animated feature film.

Director of Strategic Initiatives at the Washington Post Jeremy Gilbert talks about the importance of storytelling and how new tools, techniques and audience expectations are reshaping publishing.

As Director of Strategic Initiatives at The Washington Post, Jeremy works to identify, create, and execute unique digital products and storytelling experiences. He works closely with The Post's engineering, product design, graphics, audience, analytics and advertising teams. In this role, Gilbert figured out how to tell the story of the 2016 presidential race with 3D printers, built The Post's first automated stories, created The Post's first virtual reality project, initiated the use of 360 cameras, oversaw its first augmented reality story, built a freelance network that changes how The Post covers national stories and launched a new leadership vertical. Before joining The Post he helped National Geographic develop and deploy its digital strategy and was an associate professor teaching media product design, interactive storytelling, web and print design tools and techniques for Medill and the Segal Design Institute at Northwestern University. Previously Jeremy led The Poynter Institute in rethinking and redesigning its industry-leading website and served as an art director at a couple of newspapers.

Former CEO of Vice Media India Chanpreet Arora talks about how to engage with Generation Z and the media landscape in India.

Chanpreet Arora launched the leading global youth brand, VICE, as a full-scale media company in India. Currently, she is a consultant with the New York Times and has held leadership roles at the Times Internet (Bennet & Coleman), Ernst & Young - Media Advisory Practice and Buddh International Circuit (Formula One in India). She recently completed the prestigious fellowship at the Reuters Institute for Study of Journalism at Oxford University. As a consultant and leader, authored multiple articles published in leading business papers and Industry reports for leading institutions such as TRAI, Prasar Bharti, USIBC and Ernst & Young. Her strength within the ambit of media strategy lies in introducing a new concept, idea or brand targeting youth and helping it build resonance in a new market. 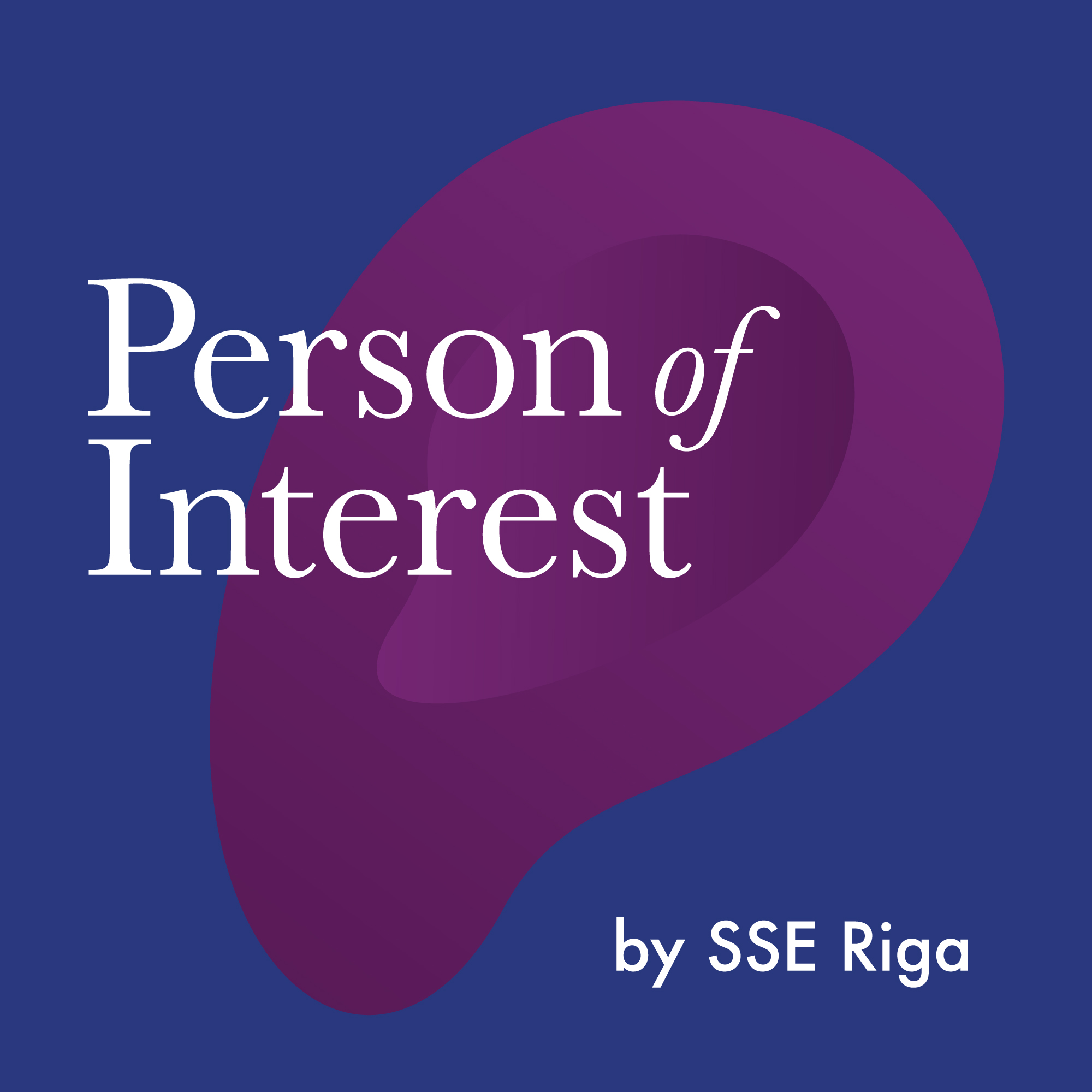