Bo Kragh: Tales of the Wild East for a new generation of bankers-to-be

Bo Kragh, a now-retired banker with a long career at Sweden’s Handelsbanken, has been coming to SSE Riga for more than 20 years to deliver “the lecture” on his experiences with banking in “the Wild East” just as the Soviet Union was collapsing. Bo is a 1971 graduate of what could be called “the mothership” in Sweden – Handelshögskolan or the Stockholm School of Economics as it is called in English.

Bo (who speaks Russian since his military service in the Swedish Army) feels an affinity for the Baltic region going back to his “adventures” in banking in the late 80s and early 90s, mainly in Estonia but also in Latvia. He thinks the story should be told to SSE Riga students, especially now as a generation not yet born in the years of early wild banking in the region starts attending SSE Riga. His lecture is usually “off the record” for any media, because he expresses some frank opinions and names names, but he agreed to give away some of his insights.

“The audience I addressed at SSE Riga some weeks ago were not yet born when the rouble was still legal tender in the Baltic countries. But this is a chapter of history that is hardly exposed, people have short memories. Very few people from those times are still around, most are retired, some are dead, I am one of the few still around,” he says, adding that “students should know about the chaos. Current banks try to present themselves as state-of-the-art, we-know-everything places, perhaps forgetting we all have to learn to crawl before walking.”

Bo was there with the banking “toddlers”, who he prefers to call “mushrooms” because many of them popped up as quickly as the real fungus does after it rains.

“Banking systems in those days – 1990-1991-1992 – were a mixture of the old Soviet banking system and the new, truly indigenous banking systems which popped up like mushrooms in the three republics in the early 1990s,” he recalls. These first banks appeared as early as 1988-89, a few years before the Baltic countries were to regain their independence and the 1992 adoption of their own currencies – the kroon, the lat and the litas (all now replaced by the euro) – and at a time when the value of the Soviet rouble was collapsing (along with the Soviet Union).

Mushrooms thriving and dying in chaos

“Most of these first-generation mushrooms didn’t last very long. There were various reasons they had little chance of survival. One was they could not handle the monetary reform,” Bo says, recalling that there were times of complete chaos with two central banks – the Soviet one and the new ones in the newly independent countries – still not fully rid of the rouble. “It is amazing how a banking system could evolve despite the political turmoil in 1990-1991,” he says.

At the same time, some of the big Scandinavian-owned banks in the Baltic countries were descendants of Soviet banks, put together from existing bank branch networks. “This applies to Swedbank in Lithuania (originally branches of the Savings Bank of the USSR), SEB (Skandinaviska Enskilda Banken) in Latvia (a mixture of branches of three Soviet banks) and SEB in Estonia (originally branches of the Agricultural Bank of the USSR). The Archangel Gabriel didn’t come down with independence and give the Baltics a new set of fresh banks,” Bo explains.

Having said that, he gets to the core of what he sees as causing problems for Baltic banking systems in the early days and even, to some extent, today. Most of the Baltic banks, especially those with local founders or managers, stated that their purpose was to serve as a financial “bridge between East and West”. For many years after independence, a number of Baltic presidents, prime ministers and central bank governors were to state that their country would be “a perfect bridge for business between East and West,” as Bo recalls.

“What on earth did they mean when they said East?” he asks. “It had to be Russia, Ukraine, Belarus, Kazakhstan. What could possibly make the outside world interested in this? Anyplace that wants to be a financial centre must turn a blind eye to a huge number of transactions. You cannot be too choosy if you want to be an important metropolis for international financial transactions. In other words, all the Baltic banks with such ambitions would have to quite willingly accept opening accounts for a huge number of more or less suspicious offshore companies based in the ‘East’ and act as go-betweens for vast sums of payments going from the ‘East’ to the ‘West’ (or vice versa). Without this very profitable business the Baltics could never have hosted as many as more than a hundred banks during the years following independence in 1991. ‘Money laundering’ wasn’t an issue at all in those days.”

One man’s freedom fighter is another man’s money launderer

He also points out that one authority’s money laundering can be another’s struggle for economic independence, “such as when Handelsbanken, starting in 1988, set up foreign currency accounts for banks in Estonia, Latvia and Lithuania ahead of full independence and definitely in violation of Soviet law if anyone had been watching.”

Bo is sure that in many other cases, not only those involving what could be seen as customers with noble causes, what amounted to tolerating and not asking too many questions about customers, transactions and financial flows was a normal practice among the East-West bridge builders. Rules have tightened since and several big banking scandals have broken in the region in past months. “Much of what is now criticized was basically the name of the game. Why is everyone surprised?” Bo remarks. He cites the allegations of huge money laundering by Danske Bank in Estonia as an example of how big and supposedly reputable banks have gotten into trouble.

As Bo explains, what is now Danske Bank in Estonia grew out of a couple of near-failing Estonian banks that were merged and restructured and put together by the Estonian Investment Bank as Optiva Bank and then acquired by Sampo, the Finnish Sampo financial and insurance group, and made part of the Finnish Sampo Bank. When Denmark’s Danske Bank bought Sampo Bank, it got the Estonian unit as part of the package and focused its due diligence on the Finnish operation, which was the real prize.

Following Swedbank’s and SEB’s 1998 acquisitions of the major banks in the Baltics it was surprising for Bo to note that for the first ten years the parent banks let their Baltic acquisitions basically carry on as they had before. True, they might have provided their Baltic subsidiaries with a Swedish CFO (chief financial officer) as well as with a few expatriate “experts”, but hardly any of them spoke the local language and they were “surrounded” by hundreds, maybe a thousand local employees used to the “East-West bridge” way of doing things.

As to Swedbank and SEB, the Baltic financial crisis of 2008 (which almost brought Swedbank in Sweden to its knees and also caused severe problems for SEB) changed all that, insofar as the respective Baltic subsidiaries came under the strict control of the parent bank in question.

To Bo’s knowledge, the same did not happen with Sampo’s Estonian subsidiary, which was later acquired by Danske. And it seems that Danske didn’t change much in its newly acquired Estonian subsidiary either. Now that Danske Bank is alleged to have laundered up to hundreds of billions, Bo comments, “I am not surprised. It all goes back to the East-West thing. What did you expect?” 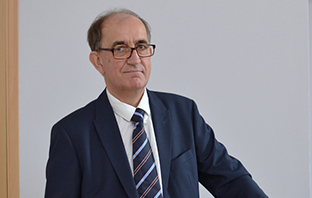